Do Optimistic Executives Get Paid Less? 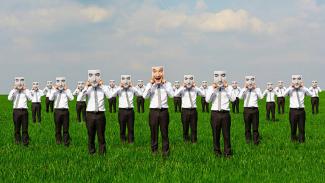 The pay of senior executives has long been a hot-button issue in management. But, for the first time, an empirical study that measures CEO optimism through option exercise decisions and earnings forecasts shows that boards can exploit the very common human bias of optimism to negotiate lower compensation packages for CEOs.

Even the most ordinary person believes they will live longer than average, land a better job and have above average intelligence children, while grossly underestimating their chances of getting divorced, crashing their car or losing their job. This tendency to expect a rosier future than is realistic is a phenomenon known as the optimism bias. It is the most prevalent and persistent psychological bias, cutting across gender, nationality and age. Unsurprisingly, chief executive officers are just as affected by this unconscious prejudice as the rest of us common mortals, but surprisingly, it may actually work against them, and in a rather unexpected domain: their pay slips. In a novel empirical study, HEC Paris researcher Clemens Otto found that optimistic CEOs were actually paid less than their more sensible peers. Considering what an explosive issue top-level executive pay has been in recent years — with the word “exorbitant” often splashed across indignant headlines — this is an interesting finding. Also, economic research may have already documented the impact of the individual characteristics of CEOs on corporate policies and outcomes, but it’s the first time a study empirically examines how CEO beliefs are reflected in pay schemes.

More precisely, the main finding of Clemens Otto's study was that CEOs whose behavior was indicative of optimistic beliefs received smaller stock option grants, fewer bonus payments, and lower total compensation than their peers. Incidentally, these variations could potentially have been observed in rank-and-file employees, except that their contracts tend to be similar across the company, with wages set through union agreements, while compensation packages for CEOs tend to be individually tailored. Regarding senior executives, Clemens Otto says that his findings are consistent with contracting models, where parties reach agreement when they believe they are sufficiently compensated for their efforts: an optimistic CEO overestimates the value of compensation claims that are contingent on successful outcomes — say, an increase in the price of shares in the case of stock options — because he simply overestimates the probability that these outcomes will be realized, i.e. that the value of the shares will go up.

But how do you determine how unreasonably optimistic an executive is? Firstly, the researcher distinguishes between optimism — “thinking that positive outcomes are more likely than they really are, for example, expecting a 60% chance of sunshine, rather than a 50% chance as the season would suggest” — and over confidence — “giving too much weight to an information about expected outcomes, while down playing imprecision, for example, overestimating the accuracy of a weather forecast.” As a first measure of optimism, Clemens Otto constructed a proxy commonly used in this field of research: he looked at CEOs' decisions to exercise stock options. “A rational executive would exercise his in-the-money-options as early as possible, while an optimist will keep his options” even when the options are already deep in the money, i.e., when it is profitable to exercise the options. His second measure was based on the comparison between the earnings per share (EPS) forecast by the company during the CEO's tenure and the earnings actually realized (or the analyst consensus forecast): “very straight forward, since you are looking at expectations about the future, which is really what optimism is all about,” says the researcher. With these two proxies, he was able to identify which CEOs had inflated beliefs for the future of their firms (as well as their own future, happily tied to the company’s).

Neither stupidity nor procrastination

He also controlled for alternative factors that could explain the differences in compensation. After all, perhaps executives whose earnings forecasts were systematically too high were punished for the simple fact of being wrong? But Clemens Otto found that pessimists were rewarded with higher compensation packages. “So it's not a question of stupidity versus smartness or penalizing bad decisions,” he says. What about waiting to exercise options: is it really a gamble on higher earnings, or just procrastination? Again, he found that CEOs were “not too lazy to go to the bank” but were really hoping to cash in, since they carried out other transactions during the same interval of time, and so could very well have exercised their options. Clemens Otto was also able to control for differences in firm characteristics as well as in the CEOs’ investment portfolios. With all these robustness tests, his findings remained: optimistic CEOs received lower compensation. Is it unfair that executives with the most positive outlook get compensated less? “As an economist, it's not for me to say what is fair or unfair,” says Clemens Otto. “But if CEOs accept these contracts, I suppose they are happy with the terms, which are simply consistent with their own beliefs, even if they are overestimating their future earnings.”

Based on an interview with Clemens A. Otto, and the paper "CEO Optimism and Incentive Compensation" forthcoming  in the Journal of Financial Economics.

This article originally appeared in