Can a New York Burger Make It in Dubai?

When Danny Meyer’s first Shake Shack opened in 2004, the lines stretched across New York’s Madison Square Park. Can a quintessentially local food succeed around the world? In an interview with Yale Insights, Meyer discusses the challenges of international expansion. 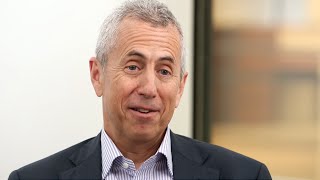 Canadian restaurant chain Tim Hortons has unchallenged market dominance in its home country; the company claims to sell eight of every ten cups of coffee purchased in Canada. Emboldened by this success, the company moved to expand into the U.S. in 1984. But after three decades, results were mediocre. In 2013, Bloomberg Business reported that activist investors were calling the $664 million dollar investment “a waste” and pushing for the company to retreat to Canada. A year later, Tim Hortons was purchased by Burger King.

Cracking international markets is difficult—consider Wal-Mart’s failure in Germany—but the restaurant industry faces a particular challenge: can a quintessentially local cuisine succeed outside of its place of origin? Danny Meyer, the restaurateur who founded the Manhattan-based “fast casual” chain Shake Shack, said in an interview with Yale Insights that even expanding within the U.S. was uncertain. “Historically, if Manhattan liked a certain kind of food, it didn’t mean it was going to play on Main Street,” he said.

Basic education can be the most immediate need when introducing cuisine in a new country; Taco Bell’s launch in India included employees hired to describe burritos and quesadillas to patrons who’d never eaten either. Adaptation to local tastes eases the transition. For McDonald’s, which first opened stores abroad in 1967 and today serves about 70 million customers daily in more than 100 countries, part of its growth included localization, with sandwiches like the McCamembert in France and veggie burgers and samosas in India.

Equally important is developing the supply chain and processes to produce a consistent product. In order to serve the same Big Mac in central Illinois, Qatar, and South Korea, McDonald’s developed careful internal training and quality control through its Hamburger University.

Shake Shack, with 27 international locations, is now focused on this same question of consistency. The company’s first overseas expansion in the Middle East proved “really rather simple,” Meyer said; restaurants there could import Shake Shack’s standard ingredients directly from New Jersey as long as they had been blessed by an imam. Newer markets, like Turkey and England, have proven more difficult, since Shake Shack cannot use its preferred Black Angus beef there. The question thus became how to make Turkish and Scottish cattle taste just like a Shake Shack burger in Madison Square Park.

Meyer, who was first known for opening high-end, singular restaurants, now has a very different task. “That skill of doing the same thing consistently throughout the world takes a very different kind of training than in one-of-a-kind restaurants,” Meyer said. Shake Shack has thus invested in “remarkable training” to produce the same taste across the world, said Meyer.

So far, he’s encouraged by the results: “The exact same kind of lines of people that we might find in the Theater District in New York City were lining up at the Mall of the Emirates opposite the ski slope in Dubai.”