Is Making Banks Follow the Same Rules a Bad Idea?

Standardization. Harmonization. Coordination. They all sound like good ideas. But in a lecture at Yale SOM, Roberta Romano, the Sterling Professor of Law at Yale Law School, argued that the convergence of banking regulations brought about by the Basel Accords may have had the unintended effect of fueling the financial crisis. 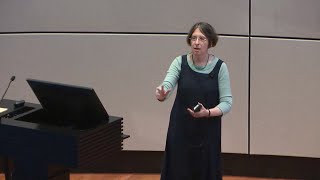 The first Basel Capital Accord, issued in July 1988, starts with this sentence: “This report presents the outcome of the Committee's work over several years to secure international convergence of supervisory regulations governing the capital adequacy of international banks.” The influential framework for regulation of financial institutions begins with an emphasis on “convergence”—and indeed, in the years since, the Basel framework has been widely adopted by G20 nations and developing countries.

Basel III, the latest version of the framework, was created in response to the financial crisis of 2008, and attempts to address the perils of systemic risk with new rules for capital requirements, leverage ratios, and liquidity requirements for banks. While supporters and critics have debated the virtues of the framework’s individual provisions, Roberta Romano, the Sterling Professor of Law at Yale Law School, questions whether the underlying drive for regulatory harmonization is actually creating greater global risk.

Romano spoke about her concerns as a guest in Global Financial Crisis, a course at the Yale School of Management that puts the crisis into a global context for students. Co-taught by Andrew Metrick, the Michael H. Jordan Professor of Finance and Management, and former treasury secretary Timothy Geithner, the course surveys the causes, events, policy responses, and aftermath of the largest global financial cataclysm since the Great Depression. The goal is to study what has been called the Great Recession in such a way that students—who come from throughout the university—gain a better appreciation for the dynamics of financial crises in a modern economy. The course boasted several prominent guest lecturers, in addition to Romano, including Nobel laureate Robert Shiller, the Sterling Professor of Economics at Yale University, on the financial and cultural causes of the crisis; and John Geanakoplos, James Tobin Professor of Economics, on policy responses to the crisis.

In her talk, Romano outlined how the Basel framework created incentives for banks all over the world to hold mortgages and mortgage-backed securities in the run up to the crisis. “If banks worldwide were not incentivized by this international amortization to follow the same strategies, maybe the crisis would have been contained in the U.S. and not be as global in scope,” she said.