Is Globalization Getting More Complex?

The forces that global companies have to deal with—from social networking to social unrest—have developed rapidly over the last decade. Virgin Group chair Peter Norris describes the trajectory of globalization today and how his company is structured to ride through the turbulence. 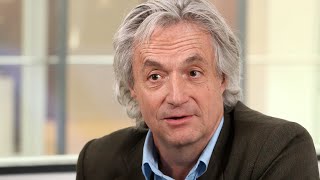 We thought we knew what globalization was at the end of the 20th century. The combination of IT developments, lowering trade barriers, and improved shipping efficiency meant that every company had to think globally, often resulting in outsourcing and the opening of global divisions. But, as Thomas Friedman pointed out in a talk at Yale SOM last year, that view of globalization may already be obsolete. In the last ten years, he argued, the world “went from connected to hyper-connected and from interconnected to interdependent.”

Perhaps the strongest evidence for hyper-connection is in what the Wall Street Journal describes as a perfect storm of IT innovations, “each gathering speed while interacting with and amplifying each other: mobile devices, cloud computing, Internet of Things, social networks, and Big Data and analytics.” Indeed, a McKinsey report found, “Global online traffic across borders grew 18-fold between 2005 and 2012, and could increase eightfold more by 2025.”

But the trends are not all toward seamless connection. In an interview with Yale Insights, Peter Norris, the chairman of Virgin Group, described how the reemergence of nationalism and protectionism, an “insular” approach to regulation, and ongoing currency wars all create turbulence in the global markets and mean companies have to think carefully about what globalization means today.

“In a number of areas the global system itself is changing,” Norris says. “Not just the financial system. We’re seeing the re-emergence of nationalist and regional interests in a way that we hadn’t seen for a very long period of time, really from the ’80s onwards. That will have its own effect on the way companies organize.”

In a sense, Virgin is designed to thrive in this kind of world—one where markets are worldwide but not uniform, and where global companies must take a variety of local approaches. Virgin is a massive global brand, but it’s not a traditional multinational corporation. Rather than trying to house within one headquarters all of the required expertise to run companies as disparate as music retailing and space flight, hotels and mobile phones services, airlines and health care practices, Virgin invests in firms that have the regional and industry expertise to thrive and make good use of the Virgin brand. “We’re a very, very devolved group. There isn’t a conglomerate holding company called Virgin,” Norris says. “We’re, actually, effectively a family office that owns the Virgin brand and owns interests in many companies around the world.”

“We think to share risk and reward with people who are much more expert in particular areas whether it is geography or industry makes a great deal of sense,” Norris explains. “We try to keep things, really, as simple as we can because we’ve found out over the years that complexity is never your friend and it’s almost always your enemy.”