Continual customer satisfaction remains an elusive goal – when a service has failed, providers often find themselves doing costly repair work to mitigate the damage. However, according to our authors (Sven Mikolon, Benjamin Quaiser, and Jan Wieseke) in the Journal of the Academy of Marketing Science, there may be a smarter way to deal with customer disappointment. 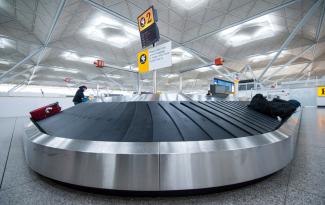 Maintaining customer satisfaction is a difficult endeavor that presents at least two obstacles: First, since variations in service performance levels are hard to avoid, service failures are common. Second, external factors such as customers or other companies along the value chain may be closely tied to the delivery process, thus making service failures less manageable for the primary provider.

To address these shortcomings, the authors introduce “customer inoculation” – a method to prepare customers for potential service deficiencies by instilling slight doubts as to the possibility of service perfection. In contrast to traditional recovery strategies for addressing service failures, customer inoculation operates in advance of a service failure, and thereby circumvents the potential drawbacks of traditional strategies.

To be successful, inoculation messages have to generate doubts in a customer about their previously held beliefs, thereby encouraging them to develop defenses without them changing their attitude regarding the belief in question.

To illustrate this, the authors utilized the aviation industry and explored reactions to waiting times at the baggage claim area by customers who had thus far had satisfactory experiences with the chosen airline. In this case, inoculation meant instilling doubts about this level of satisfaction, namely by announcing in advance that “unfortunately, long waiting times at the baggage claim area cannot be eliminated completely, especially during peak travel times at busy airports.”