Changing Mindsets and Behaviours in Organisations – and Cities

The application of design thinking can not only solve complex problems within organisations and in the workplace – but can also help to improve living conditions and uplift communities, as the citizens of Cape Town found out during their city’s year as the World Design Capital 2014. 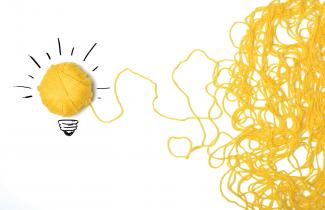 As the City of Cape Town in South Africa lowered the World Design Capital (WDC) flags at the end of 2014, the inevitable question as to whether hosting the initiative has made any appreciable difference to the people in the city has to be asked.

Cape Town set out to try something quite ambitious during its year-long tenure as World Design Capital. It went beyond just leveraging design as a tool to improve the social, cultural and economic life of the city (the stated objective of the WDC initiative), to actively employing ‘design thinking’ to resolve some of the city’s most entrenched problems, such as segregation and unemployment.

Over the year, the city has identified a sample of 76 design-led projects and programmes aimed at uplifting and improving conditions for citizens of Cape Town. Some of these have included upgrades to healthcare clinics, new parks for urban areas, youth skills development programmes and improvements to traffic and transport dilemmas.

Richard Perez, programme director for the WDC at the City of Cape Town, believes that design thinking provides an effective framework and process structure, which ensures greater success and better implementation as there is more engagement with end users. He says design-led thinking should be seen as a tool or a technique to help people “think like designers” around the challenges they are facing – whether in the private or public sector, within budgets or existing systems.

While the idea of budgets and design may seem like polar opposites, design thinking in the world of business (and now service delivery) is gaining ground around the world. Some of the world’s most successful and fastest growing companies are design led and design thinking is being employed to find solutions for a host of different kinds of problems.

In some cases, design thinking led to greater efficiency and cost cutting, in others to successful mergers and company culture building. It is clear from their book that design thinking can be used for a wide range of business challenges. In fact, it can be used to resolve just about any situation one can imagine – from factory floor issues to product launches, all the way up to the boardroom.

For instance, computer giant IBM wanted to rethink their trade shows. They made use of design thinking to do market research, interviewing more than 100 experts in 20 fields – some not specifically related to their industry at all, like educators and psychologists – to gain an idea of how people behave and what makes them feel comfortable at a trade show, for instance. This led to them redesigning the way their trade show structures were set up. The design thinking tool of mindmapping was used to sift through large amounts of data and spot patterns, to develop new insights. Then they built prototypes of new physical spaces and tested these at a smaller show. The result? Double digit increases in client engagement leads – an increase of 78% year-on-year.

A completely different business challenge was faced by Suncorp in Australia. The country’s banking giant was merging with an insurance leader, Promina, and the companies were organisationally very different. They needed to find a common strategy to smooth the merger process. Visualisation and metaphor brainstorming, as well as rapid prototyping were used to engage participants and help them think more creatively about the future of the company. And after 18 months of strategic conversations, rolled out at 10 business units, 94% of employees said they understood the company’s new vision and how they fitted in.

Liedtka, King and Bennet concluded that the big lesson to be learnt from the Suncorp example was that you should meet people where they are, not where you want them to be. The power of reframing is another valuable contribution of design thinking they say. Impatience is often the biggest obstacle to innovation as many people want to rush towards solutions instead of taking time to properly examine the situation. “In a wonderful paradox, that same ambiguity that makes us so uncomfortable, it turns out, also has the potential to unleash a level of energy we rarely experience when presented with a fait accompli. Leaving space for stakeholders to be part of the discovery of new ideas, to be part of the emergence of innovation, gives meaning to their efforts and has tremendous power.”

In most organisations, the highest payoff is not in innovating the solution but in innovating how people work together to implement the new possibilities they see amid organisational inertia, bureaucracy and risk aversion, say Liedtka, King and Bennet.

It is an intensely practical process adds Richard Perez, who shared the City of Cape Town’s experiences with design thinking at the Business of Social and Environmental Innovation (BSEI) conference at the UCT GSB this October, which had an exclusive focus on design thinking. And it is especially valuable in situations, like in the city, where the stakeholders are divergent. Because design thinking involves opening up traditional ways of thinking, it can help to break down communication barriers, especially within set structures, to encourage the flow of ideas and the development of solutions.

Design thinking drives us to really question the fundamental assumptions ingrained in institutional processes that drive delivery to improve social and economic conditions. It also provides us with a robust framework within which to think about how we can change these conditions and start to address the complex problems facing our society and our continent like hunger, poverty, poor health and so on –through business and research.

Richard Perez says it is probably too early to tell if the Cape Town WDC has yielded any tangible results for citizens of the city, but he hopes that design thinking will drip feed through and change the way the city approaches issues in the future. By sharing these experiences with an audience of business students and leaders at the UCT GSB conference, the ideas can also gain wider credibility and give more organisations fresh ideas to implement innovation at structural levels.

The enduring value of design thinking lies in its ability to change mindsets and behaviour – no easy task. As Liedtka, King and Bennet point out in their book, if one shifts people’s mindsets, one can put into motion a series of behavioural changes in the conversations they have – with co-workers, customers and management – as well as with clients and suppliers. It can change how people see the world and ultimately, in the hard outcomes they – and their organisations – create.