Transparency and the Financing Choices of Family Firms 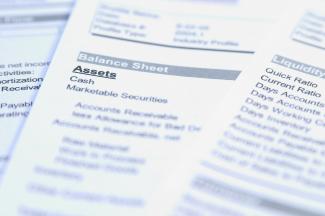 Family firms are dominant in much of the world, including the U.S. where they constitute 35.4 per cent of S&P 500 firms and 45.6 per cent of S&P 1500 firms. They are also a subject of growing academic interest but until now, there has been little investigation of their financing choices.

Tai-Yuan Chen, Sudipto Dasgupta and Yangxin Yu saw in that surprising situation an opportunity to enrich understanding of family firms on this point.

They were particularly intrigued by earlier findings that family firms had less severe agency problems because there were fewer conflicts of interest between management and ownership, but that they were seen to have more potential to expropriate from minority shareholders, such as concealing important company information.

Both of these factors could affect financial structure in ways different from non-family firms. The authors advanced the idea that transparency would play an important role here, especially in addressing the expropriation issue.

“Moreover, improvements in transparency should matter more for family firms and affect their financial structure to a large extent.”

They tested this out on several hundred pairs of family and non-family firms in the S&P 1500 that were matched on, among other things, their transparency. They also honed in on S&P 500 firms because firm size is an important determinant of transparency.

They found that first, family firms had shorter debt maturity structures and lower leverage than non-family firms, suggesting family firms were subject to more severe agency problems arising from conflicts between outside investors and inside controlling shareholders.

“We found that family firms’ financial structure changes more in response to a change in transparency than that of non-family firms. This is consistent with the notion that family firms deviate more from an optimal capital structure because of the scope for expropriation that is created by imperfect shareholder monitoring,” the authors said.

“Overall, our results confirm that a transparent information environment indicates less scope for the misuse of corporate resources, making it less necessary for family firms to rely on the monitoring role of short-term debt and the discipline of long-term debt.”