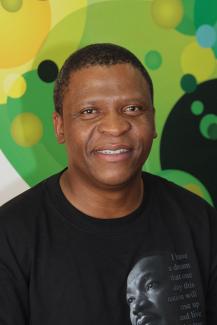 With its core function being the financing of infrastructure in emerging markets, the fledgling New Development Bank (NDB), brainchild of BRICS (Brazil, Russia, India, China, and South Africa), is designed to serve its five member countries and those regions of special interest to them.

The NDB, however, signifies a lot more than the potential for infrastructure development, something sorely needed if African countries are to foster industrialisation and bolster intra-regional trade. It also seeks to ease the Western grip on global finances and offer a potential counterweight to the World Bank and International Monetary Fund (IMF).

It also has geo-political implications as South Africa beds down with potentially self-serving giants such as China (the NBD will be headquartered in Shanghai and China has insisted upon representation at the African regional centre of the bank to be located in South Africa) and Russia. Experts raise the questions: what is in it for South Africa? Can we guard against the bank it simply serving the interests of South Asia? What do we have in common culturally or values wise with the other four member countries? And will it make access to finance easier or will it inevitably mimic the conditionalities of the IMF and World Bank?

“The NDB is a fait accompli,” says Mills Soko, associate professor of international political economy at the UCT Graduate School of Business (UCT GSB). “We have to make it work. It is clear that there is a lot of thinking to be done to come to a consolidated, coherent strategy. The question we need to keep asking is: what is in it for South Africa?”

“It offers growth,” says Andile Kuzwayo, director, BRICS at the National Treasury. “This is an African story and who will benefit most from improved infrastructure in Africa? South Africa. With GDP shrinking by 0.6% in the first quarter of 2014 we are looking for growth and investing in the fastest growing region globally is the right thing to do.”

Speaking at a roundtable discussion at the UCT GSB, Kuzwayo said: “We don’t have the funds to finance our own infrastructure needs, let alone the $96 billion needed per annum for infrastructure development in sub-Saharan Africa.” He said a regional bank meant local knowledge, which could ensure wise and strategic investment choices, to benefit not only South Africa but the continent.

But if South African taxpayers’ money is partly used to finance a road in Liberia, what is in it for South Africa? Martyn Davies, chief executive officer of Frontier Advisory, said it was questionable if the long-term benefits would, in fact, flow into South African coffers.

South Africa will engage as both a shareholder and a borrower in the NDB, according to Kuzwayo. With the South African contribution financed by the taxpayer, the NDB will have $50 billion as seed capital, with South Africa, and the other four members, contributing $10 billion over a seven-year period.

With more questions than answers as yet around the NDB, Davies cautions whether enough has been done to tie this money into the interests of South African companies. He also questions if the idea of a state-owned bank is several decades out of date.

But Michele Ruiters, Africa integration specialist at the Development Bank of Southern Africa, one of five reference banks working alongside the Fortaleza BRICS summit in Brazil in July, from which the NDB announcement was made, said the new bank will be positive. “We welcome a new institution bringing investment for infrastructure. It’s a good thing. But as an African institution we would want to know how the NDB will complement us, and how do we make sure that funding comes our way?”

Ruiters queried whether NDB would lend finance in local currency to hedge currency risk, which might make it a more viable alternative to the likes of the World Bank for emerging markets.

She cited World Bank figures that identify a funding shortfall for African infrastructure of $100 billion a year and the greatest infrastructure need as power, without which there will be no growth and no industrialisation, as well as the need to provide bulk water, power and sanitation to households. Rail also needs substantial boosting. “Infrastructure is a priority,” she concluded. It is a prerequisite for boosting intraregional trade among SADC countries, which is currently at a low 16%, despite the fact that the region has the most developed infrastructure in sub-Saharan Africa.

Others, however, query if the NDB will be more democratic than the established international financial institutions in financing this much needed infrastructure development. Peter Draper, senior research fellow at the South African Institute of International Affairs and director of Tutwa Consulting, says that a major bug-bear with these banks is the prohibitive conditionalities around loans. “I wouldn’t be surprised if NDB conditionalities don’t end up looking different to those of the World Bank. It remains to be seen given the membership. China is not about democracy, is Russia?”

He also pointed out that BRICS is a geopolitical instrument, with the BRICS dynamic centred on strategic competition within the Eurasian core, Russia, India and China, which are orienting themselves against the West, while not really trusting each other, and sabre rattling in the Ukraine and along the China/ India border respectively.

The risks may, however, be outweighed by the positives. The NDB will also offer a US $100 billion dollar Contingent Reserve Arrangement to protect against global liquidity pressures and impacts upon national currencies by global financial pressures.

Associate Professor Soko, who moderated the roundtable discussion, says that it is important to have these conversations to reach a greater understanding so that South Africa’s national interests are represented. “The NDB has enormous potential, but it is clear that much thinking needs to go into making certain this happens to our benefit,” he says. “To date it has been justifiable for South Africa to place the interest of its neighbours ahead of its own, given the country’s past, but it is time to balance that with South Africa’s domestic interests. While the jury is out on whether the NDB will play out in favour of South Africa and the continent, only time will tell and we need to remain informed and keep our interests front of mind.”