Markets for Technology – Is the Patent System Broken? 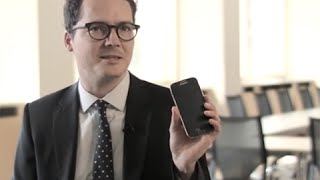 It was a transaction that made headlines not only in the business press but in news outlets around the world: Google acquired Motorola Mobility for $12.5 billion in a deal closed in May 2012. Less than two years later, Google has sold Motorola Mobility to Lenovo for $2.9 billion. Despite billions of dollars in losses, Google has decided to hold on to up to 20,000 of Motorola’s lucrative mobile patents. This decision confirms what was clear from the outset that this deal was all about patents. Following the sale of Motorola Mobility, the question now arises—why did Google pay almost $500,000 for each of Motorola’s 27,400 patents to begin with?

A mobile phone is a combination of a large number of technological components ranging from wireless data transmission standards, LCD screens, to batteries, and antennas. Manufacturers need to get a license from anyone who contributed a component, or at least has patents on a component that is needed to assemble and sell smartphones (this includes not only hardware, but increasingly software that can also be protected by patents). A situation like this, where relevant bits and pieces of technologies—that taken together form an end-product—are owned by various and fragmented patentees, is often called a patent thicket.

In a patent thicket, any patent holder can try to prevent others from manufacturing the product as a whole by not granting a license or by demanding unreasonably high licensing fees. In this situation, companies resort to granting each other cross-licenses on their entire portfolio of patents. A cross-license gives them the right to use each other’s patents without the threat of being sued. Owning a large patent portfolio becomes a vital bargaining chip in the underlying negotiations, and Google simply did not have enough patents before the Motorola acquisition to be taken seriously in the mobile technology sector.

The tendency of patent thickets to self-perpetuate and grow is a worrying trend. Patent thickets lead to an increase in firms’ efforts to patent, while at the same time reducing the incentive to engage in litigation.