#GNW2015: Adapting is Key to Western Brands’ Success in China

During Fudan University School of Management’s Global Network Week module, students explored how some Western brands have successfully expanded into the Chinese market.

How do you sell dairy products to a country in which dairy is a small part of the overall diet? How do you adapt an American fast-food menu to appeal to a Chinese audience? Some Western brands, including Häagen-Dazs and Kentucky Fried Chicken (KFC), have found that the key to success lies in tailoring their business models to meet the cultural demands of Chinese consumers.

As part of Fudan University School of Management’s Global Network Week module, Fan Xicheung, professor of marketing at Fudan, told students that in order to succeed in China, Western brands often need to give up preconceived notions of how a successful business model works. “Most [Western] companies try to copy the product they have and reproduce it here. That doesn’t work in China,” said Fan.

Western companies need to understand the Chinese family dynamic and build cultural intelligence about each region in China, he said. Typically, the more populous areas of the country’s east coast are more willing to adopt larger luxury brands, in part because that’s where a large segment of the growing middle class resides, Fan said, whereas more rural areas will prefer local brands.

“Customers know their local tastes and their local preferences. They want brands to reflect those tastes so that they can feel a part of the experience,” Fan said. 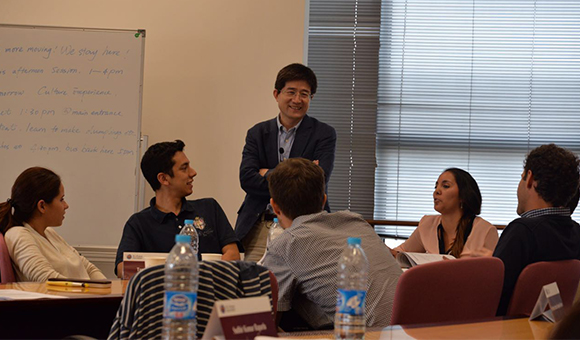 KFC has so successfully navigated the Chinese cultural landscape that it now has more revenue in China than in the United States. Fan said that the company flourished because it adjusted away from a takeout model to a sit-down family restaurant style. Chinese patrons identify with the idea of a family-style meal, so the redesign has attracted consumers, he said.

“They positioned themselves as a chain that is part of the local community—not as a fast-food chain selling inexpensive, Western-style food,” Fan said.

Meanwhile, Häagen-Dazs faced its own challenge: entering a country in which the ice cream market was limited because the Chinese do not consume many dairy products. The company created its own market by adding local flavors like green tea ice cream and offering special dishes during the country’s Spring and Autumn Festivals. It repositioned itself as a luxury brand, adding cakes shaped like perfume bottles and other touches that appealed to Chinese tastes.

The ice cream isn’t found in supermarkets, but in smaller cafés and stores, giving consumers the sense that it is an exclusive product, Fan said. The company made Chinese consumers feel that the Häagen-Dazs experience reflects their own values and aspirations, he said.

“The slogan goes, ‘If you love her, take her to Häagen-Dazs,’” Fan said. “They like self-gratification. It’s not just ice cream: they’re selling an experience, and it works.”