On the first day of Global Network Week at UCT-GSB, students got a sense of how South Africa’s businesses operate.

How do businesses reach the poorest segments of a country’s population? How are the challenges amplified when a country has 11 official languages? And why do many foreign companies buy out existing South African companies instead of establishing their own brands?

Those are some of the questions that students will investigate during Global Network Week here at the University of Cape Town’s Graduate School of Business. 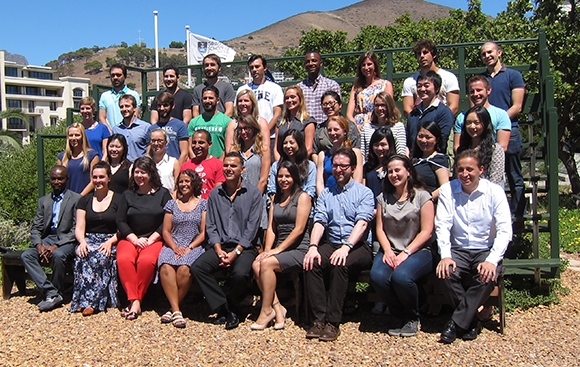 The week includes visits to the townships in and around Cape Town, where some of the country’s poorest citizens—those whose survival depends on tiny, unregulated businesses—live in what’s called “the second economy.” Students will find out how major South African banks have found ways to reach such citizens. They’ll will also visit Pick n Pay, one of the country’s largest grocery chains, which started as a family-run business.

Students spent most of Monday in the classroom, getting a primer on the South African political economy. Understanding how that economy operates is key to understanding business not only South Africa, but across the continent, according to Prof. John Luiz, who teaches international business strategy at the school and is the lead lecturer for Global Network Week.

“We want you to see both sides of the economy,” Luiz said. “The truth is, in almost all developing and emerging markets you’ll find something similar. It’s quite an interesting case study.”