Insights: In the Vicious Cycle of Bonds

ESMT President Jörg Rocholl on the state of the European Banking Union.

By Jörg Rocholl, President, Professor of Finance, and EY Chair in Governance and Compliance, ESMT

While the concept of the banking union sounds extremely enticing, its implementation has been, at best, only partially successful so far. The initial idea was to reduce the mutual dependency of banks and governments, and thus end the symbiotic relationship between the two, also referred to as bank-state nexus. Crises in a country’s banking sector should no longer impact directly on that government, whereas crises in the public sector should cease to have a direct impact on banks. However, as we learn every New Year, good resolutions have a tendency to fall by the wayside. The more ambitious they are, the greater the disappointment when reality fails to live up to what we imagined. The plans for the banking union that arose from the EU summit of June 2012 must be compared with what has actually been achieved. Besides some successes, the comparison reveals major gaps. 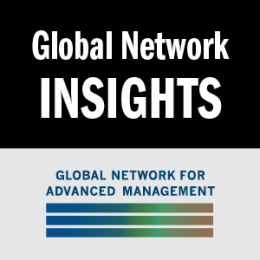 Let us begin with some of the positive aspects: The creation of standardized European banking supervision under the Single Supervisory Mechanism (SSM) was a step in the right direction. Among other things, it will generate positive effects for Germany. Intensive inspection in the asset quality review (AQR) of the banks by the European Central Bank (ECB), coupled with international attempts at regulation, has strengthened the banks’ capital base. The explicit definition of creditor involvement in the form of bail-in regimes in cases when banks are distressed was an important and correct move, despite the large number of unresolved issues. There is thus a vague hope that any crises in the banking sector will no longer have such a serious impact on the countries in which these banks are based.

The situation is very different when we look at the reverse perspective (i.e., the banks’ government dependency). In this respect, things have not improved. In fact, they have become significantly worse. Long before the decision was made to form a banking union, banks in the euro zone already held large inventories of their own governments’ bonds and those of foreign countries. Even then, these holdings often represented a multiple of the banks’ equity. The problems associated with this became particularly evident in the handling of Greek government debt in 2010, when the inevitable haircut was delayed. To begin with, the ECB, too, felt that the related consequences for the banks and thus the contagion risk would be too severe. As a result, the effects initially had to be mitigated using vast amounts of taxpayers’ money before the haircut could eventually be implemented. Anyone who hoped that the introduction of the banking union and a suitable ECB stress test would reduce this dependency has been left disappointed. Analyses by the German Bundesbank and other institutions show that, far from cutting back, banks have actually significantly increased their government bond holdings in the last two and a half years. This is particularly true of banks with weak capitalization and those on the peripheries of the euro zone, especially if their revenues are chronically poor in other areas of business.

There are three factors responsible for the sharp increase in banks’ government bond holdings. Firstly, banks have unlimited freedom to buy and hold bonds from states in the euro zone. In this case, the principle of spreading and thus diversifying risk has been consciously sidelined. Secondly, banks can deposit these bonds with the ECB as collateral even if they carry a risk, as in the case of Greek government bonds. Thirdly, in exchange for these supposed securities, the ECB provides the banks with liquidity virtually for free. For some banks, arbitrage therefore seems the obvious option. In other words, banks can raise liquidity from the ECB at minimal cost, invest it in higher interest government bonds, and then once again deposit these bonds with the ECB as securities. It is a real vicious cycle!

Individually, each of these three factors is dangerous. Together, they represent an extremely explosive combination. This is because government debt keeps rising as long as banks are willing to take on government bonds. That, in turn, increases the risks posed to financial stability. Many banks are now more dependent than ever on the financial stability of the governments from which they have acquired bonds. In this respect, the banking union has fallen short of its intention. However, that does not mean that the plan should be abandoned. Rather, efforts in this area should be intensified in 2015. A new year brings new opportunities!